“But … but … you see … I was busy and then there was this shiny thing I needed to look at and my admin got her arm stuck in the microwave and I had to re-tie my shoes, so I just didn’t have TIME.”

In all seriousness, you’d be surprised how often people—REALTORS in particular—say stuff like that. They pay scads of money for leads, talk to everybody and his Aunt Fanny on the street, lovingly cultivate vast databases of potential business … and then do absolutely nothing with the information.

If you’re doing that, you might as well be setting fire to hundred dollar bills (poor Ben Franklin doesn’t deserve treatment like that), because the result is the same. You’re just throwing money away.

Following up is easy. Everyone here at Home Value Leads is saying, “You can doooooooo eeeeeeeet!” Here are some things you can do to get right back on track and making sure all of your hard work doesn’t go to waste.

BE CONSISTENT. That’s really the key to most things, you know. If you keep doing something and stick with it, you’re going to see results. There’s no getting around it. The most important thing is to GET STARTED and, as that shoe company says, JUST DO IT.

You can do it. We know you can. Now, step away from the blog and go make some calls! 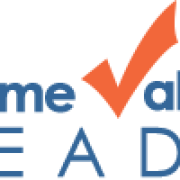